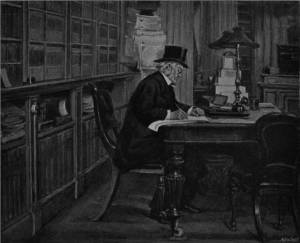 This painting was one of those remaining in Eyre Crowe’s possession at his death, and was sold for £8 18s 6d at an auction of his remaining works at Christie’s in London on 18 March 1911.